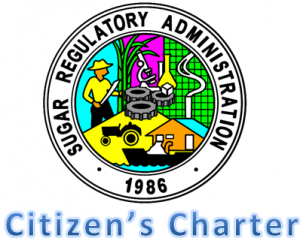 SRA HOLDS OPSI FOR ITS PERSONNEL

Through the directive of Adm. Anna Rosario V. Paner, an internal two-day OPSI (Outreach Program of the Sugarcane Industry) training was given to select SRA personnel on March 9-10, 2017 at the Luzon Agricultural Research and Extension Center (LAREC) in Floridablanca, Pampanga.

The Extension team of Luzon and Mindanao attended a national orientation and action planning training workshop for block farms hosted by SRA-Bacolod on September 16-18, 2015. Held at the agency’s Training Center, the three-day event proved to be a successful one as all Extension units merged forces.

The SRA Extension team (L & M) conducted a successful OPSI seminar for farmer leaders in the PENSUMIL mill district at the Luzon Agricultural Research and Extension Center (LAREC) in Pampanga on November 19-21, 2014.

An OPSI seminar for potential trainers in the Carsumco Mill District was successfully staged on December 17-19, 2013 at the Carsumco  Conference Hall in Sto. Domingo, Piat, Cagayan. The Extension team from SRA (Quezon City) which facilitated the training was comprised of Dr. Dina Padilla-Fernandez, Alicia Sabordo, Zyrus Oliver Montiel and Joseph Peter Gonzales.

The National Conference of SRA’s Extension Division was held at the Balay Indang Resort in Cavite on October 8-10, 2013. An ambitious project, the affair was a rare gathering of Extension personnel from Luzon, Visayas and Mindanao. No less than Adm. Regina Bautista-Martin was the special guest. Other agency bigwigs in attendance were Mr. Dominador Villanueva, SRA Bacolod Assistant Administrator and Atty. Johanna Jadoc.

In an effort to improve their sugarcane farming enterprise, the Binhi ni Abraham block farm staged a “Lakbay-Aral” or field visit in the province of Batangas on September 23-25, 2013. The group, comprised of 13 participants was accompanied by Tarlac Mill District Officer Mr. Joel Ronario. The activity pushed through in spite of the torrential rains and thunderstorms brought about by the east-Asian monsoon.

The North Cluster Producers’ Cooperative (NCPC) Block Farm of Tarlac held a 2-day Lakbay-Aral in the province of Batangas on December 7-8, 2013. Tarlac Mill District Officer Mr. Joel Ronario assisted the 22 participants in the whole course of the activity.

The PASAMA Block Farm of Magalang, Pampanga engaged in a 3-day Lakbay-Aral in the province of Batangas on November 27 to 29, 2013. Twenty four participants joined the activity, together with Pampanga Mill District Officer Mr. Adel Catuira.

THE Sugar Regulatory Administration staged two successful OPSI seminars on sugarcane growing with farmer leaders as participants in Tarlac and Cagayan, respectively. The first one was held in Brgy. Apulid, Paniqui, Tarlac (North Cluster) on December 3-4, 2012 while the next stop was at the Carsumco Conference Hall in Sto. Domingo, Piat Cagayan on December 11-13, 2012 with representatives from coops and mill inspectors.